Women's Club Worlds: How the record books were rewritten 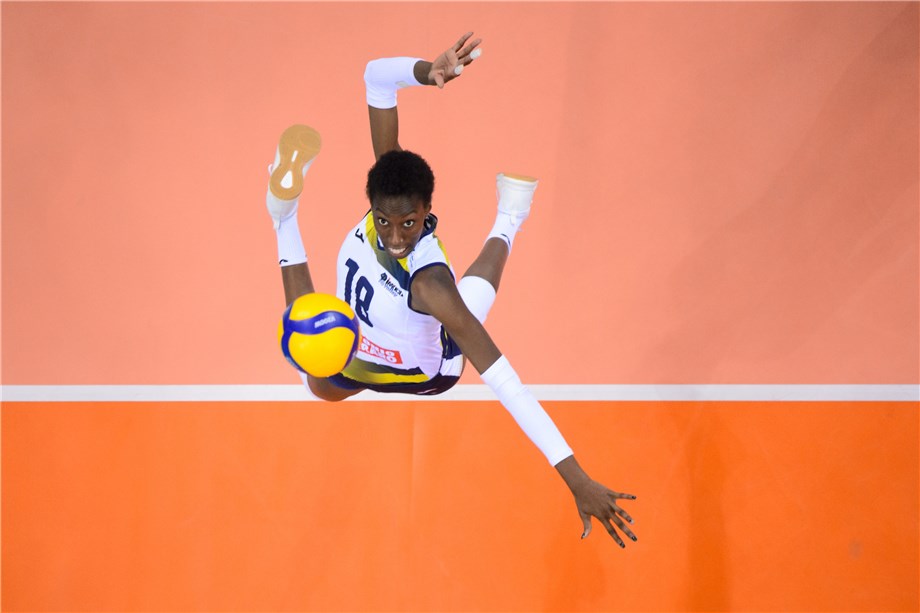 Paola Egonu in action at the 2019 FIVB Club World Championship in Shaoxing, as she helps rewrite the record books.

Lausanne, Switzerland, December 9, 2019 - The record books received a major overhaul Sunday evening, after Imoco Volley Conegliano brought the trophy of the FIVB Volleyball Women's Club World Championship to Italy for the first time in 27 years with their win in Shaoxing over Eczacibasi VitrA Istanbul in the final of the 2019 edition, denying Turkey a fifth consecutive presence on the top step of the podium and a seventh title overall.

Legendary Teodora Ravenna is the only other Italian club to have won the title, back in 1992 when they beat Minas Tenis Clube Belo Horizonte in the final at Jesi in Italy.

Four new entries were made this year on the list of players to have scored 30 points or more in a single match at the Club World Championships - two of those entries by Imoco's Paola Egonu, who was justly named MVP of the tournament.

Indeed, Egonu now holds pole position in the list, after scoring 38 points against defending champions VakifBank Istanbul in the semifinals and also made the list with her performance in the final itself when she scored 33 points against Eczacibasi.

There were two more entries to the list - both from Serbian players: Tijana Boskovic scored 31 points for Eczacibasi against Igor Gorgonzola Novara in the semifinals and Jovana Brakocevic 30 points for Novara against VakifBank Istanbul in pool play.

In scoring skills, USA's Micha Hancock tied the record of most aces scored in a single match when she served five for Novara against VakifBank in pool play. Hancock joined Eczacibasi's Neslihan Demir and Gozde Yilmaz who had both served five aces each against PSL-F2 Logistics Manila in 2016.

But a day later that record was shattered, when Imoco's Terry Enweonwu served six aces for Imoco against Itambe Minas. The 19-year-old actually only came on off the bench in the third set of that five-set match (in an outside hitter position).

Top scorer of the competition overall was Sweden's Isabelle Haak, who collected an all-time record of 122 points in five matches, obliterating the previous record of 103 points held by China's Zhu Ting for VakifBank from 2016 in Manila.

In fact the top four scorers of the competition scored above the previous record: Egonu in second place with 119, Brakocevic in third with 115 and Boskovic in fourth with 114.

In blocking, Turkey's Zehra Gunes topped this year's list with .95 stuffs per set (18 in total).

And Boskovic was the tournament's best server with .74 per set for the second time in the history of the competition (after serving .53 in 2017 in 2017 in Kobe). Boskovic's performance is an all-time high, improving on the .67 per set by Turkey's Bahar Toksoy for VakifBank from 2011 in Doha). In absolute numbers Boskovic this year served 14 aces, on par with Hancock, but the American was just off in her average per set which stood at .67.

A few more additions to the record books include the all-time longest match after Imoco beat Vakifbank 3-2 in 2 hours 24 minutes.

And the Imoco v Minas five setter went down as the all-time highest-scoring match at 232 points, demolishing the previous record of 220 points from the Rexona AdeS Rio de Janeiro v Volero Zurich four-set match from 2015 in Zurich.

The tournament also featured the highest-scoring tie-break in the history of the competition at 28-26, which bettered the previous high of 18-16 from the Pomi Casalmaggiore (ITA) v Rexona Sesc Rio de Janeiro match of 2016 in Manila.