The records that made the 2019 Men's Club Worlds 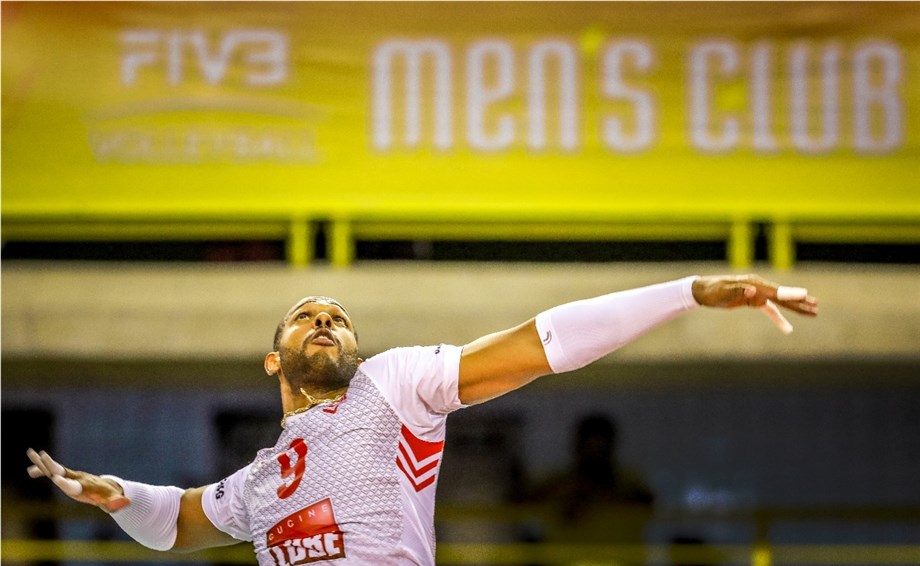 Yoandy Leal spikes at the 2019 FIVB Club World Championship, where he powered Italy's Cucine Lube Civitanova to the title.

Lausanne, Switzerland, December 10, 2019 - As Italy's Cucine Lube Civitanova got it right in their third try, claiming the only trophy that eluded them domestically or internationally when they outplayed Brazil's Sada Cruzeiro V?lei in the final of the 2019 FIVB Volleyball Men's Club World Championship in Betim, the record books of the competition were updated.

Lube had finished runners-up in the previous two seasons, losing to Russia's Zenit Kazan in 2017 at Krakow and to Diatecx Trentino in the all-Italian final of 2018 in Czestochowa - but thrilled their fans this time around with a win over Sada Cruzeiro in what was the longest final in the history of the competition at 2:24 minutes for four sets. There has not been a five-set final since Misura Milan beat Sisley Treviso in 1992 under the old scoring system.

It is the tenth gold medal by an Italian club in the 15 editions of the competition. Trentino dominate the medals table with their five gold.

The 2019 competition was dominated by the performances of Yoandy Leal, playing for Lube, who emerged top scorer in addition to most efficient server.

The Cuba-born Brazilian scored a total of 65 points - just one more than Bulgaria's Tsvetan Sokolov, who nowadays plays for Zenit Kazan.

But both fell way short of the all-time record still held by Poland's Bartosz Kurek who scored 118 points in five matches for PGE Skra Belchatow in 2009 in Doha.

No player made the list of those that have scored 30 points or more in a single Club World Championship match. In fact, the list has not been updated for six years now - the last entry dating from 2013 (also in Betim) when Sokolov scored 33 points for Trentino against Argentina's UPCN San Juan.

That performance also remains the all-time high, jointly with the 33 points of Kurek against Brazil's Cimed Florianopolis in 2009.

Leal served a total of 14 aces this year for an average of .78 per set, setting a Club World Championship all-time high. It is the second time the 31-year-old tops the servers list in the history of the competition, after his 2016 performance (also in Betim) with .65 aces per set (11 in total) for Sada Cruzeiro.