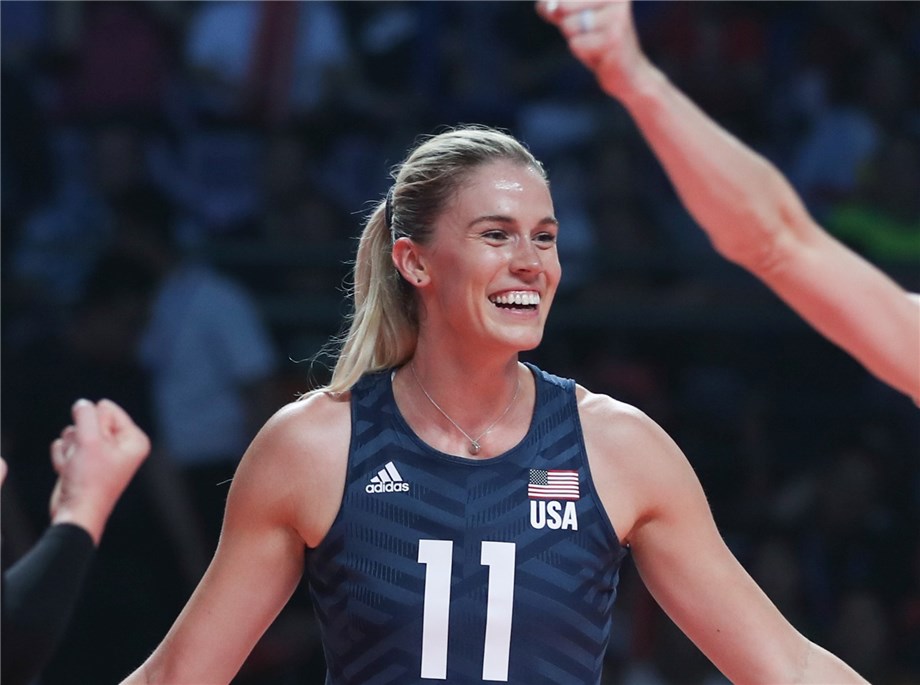 Lausanne, Switzerland, December 10, 2019 – Andrea Drews was recognized by USA Volleyball as the country’s 2019 Female Indoor Volleyball Player of the Year. Her teammates in the US national selection, setters Jordyn Poulter and Lauren Carlini, were co-honoured as the 2019 USA Female Indoor Volleyball Most Improved Players of the Year.
The 25-year-old opposite of the American national team not only won her second FIVB Volleyball Nations League gold medal in 2019, but was also named the Most Valuable Player of the international competition. Statistically, she was the best spiker on a success rate of 52.27% and the second best scorer on a 77-point total of the VNL Finals, as well as the best spiker (48.12%) of the preliminary round.
Annie Drews made the Dream Team of the 2019 FIVB World Cup as the Best Opposite, as United States snatched silver. She was also on the squad that earned a spot at Tokyo 2020 at the Olympic qualification tournament at home in Shreveport - Bossier City, as well as on the one that claimed silver at the NORCECA Continental Championship.
The 191-cm-tall athlete was the US team’s best scorer of the year with a total of 388 points. She was on the starting line-up in 23 matches and played in 85 sets compiling 335 kills, 30 winning blocks and 23 aces.
“Thank you to our team and staff for all of the work put in to make 2019 a successful year for USA Volleyball,” Drews said. “When I found out I would be Player of the Year, I celebrated for about 10 minutes before I started thinking about the Olympics and the ways that I, and we, will need to fight to improve and make 2020 our best year yet. While the memories and accolades of 2019 will be special memories in my career, I am far from satisfied. I am excited to see how I can improve and help USA Volleyball improve on our Tokyo 2020 journey. The work continues!”
Jordyn Poulter shone during the World Cup, starting seven of the 11 matches on the way to the silver medal. She was part of the team for the other two FIVB competitions in 2019. The 22-year-old playmaker was named Best Setter of the NORCECA Continental Championship. In 2019, 188-cm-tall Poulter played 56 sets with 13 starts for her national team. She averaged 11.80 assists per set in running the offense, scoring 42 points (10 spikes, 16 blocks, 16 aces) herself. Additionally, she averaged 2.48 digs per set.
“I’m so grateful for the opportunities I was given that allowed me to improve as a player, teammate and person,” Poulter said. “Being surrounded by the strong, talented women we have on our team pushes you to be better and want to be better for those around you. I am honoured to have had the privilege to improve in an environment that promotes learning and growth daily.”
Lauren Carlini started eight of USA’s final nine VNL matches when she rejoined the team in week four and the team emerged victorious in all eight of them reaching their second title in a row. In 2019, the 24-year-old setter started 18 matches with 63 total sets, averaging 11.40 assists per set. The 185-cm-tall athlete scored a total of 56 points (20 hits, 25 stuffs, 11 aces) and ranked second on the team in defence on a dig average of 2.87. In addition to helping her national team in the World Cup, the Olympic qualifiers and the NORCECA Championship, Carlini celebrated with the 2019 CEV Champions League gold and the Italian national cup with her club side Igor Gorgonzola Novara, before transferring to Russia’s Dinamo Moscow.
“I am so honoured to have been chosen as the Most Improved Player of the Year alongside Jordyn Poulter,” Carlini said. “It was a fantastic summer for USA and I could not have made the strides I did without the help of the coaching staff and my teammates. Being ready for the big moments and having the confidence in myself and my training made the biggest difference this summer. It’s an incredible environment that we get to be in everyday; competing with each other yet wanting the absolute best for your teammates at the same time and pushing each other every day to be the best we can possibly be. It truly makes a world of difference when you know that the people around you have your back no matter what and everyone is in the fight together. I’m going to continue improving for this group of girls and this programme because we have bigger goals to achieve looking forward to 2020.” 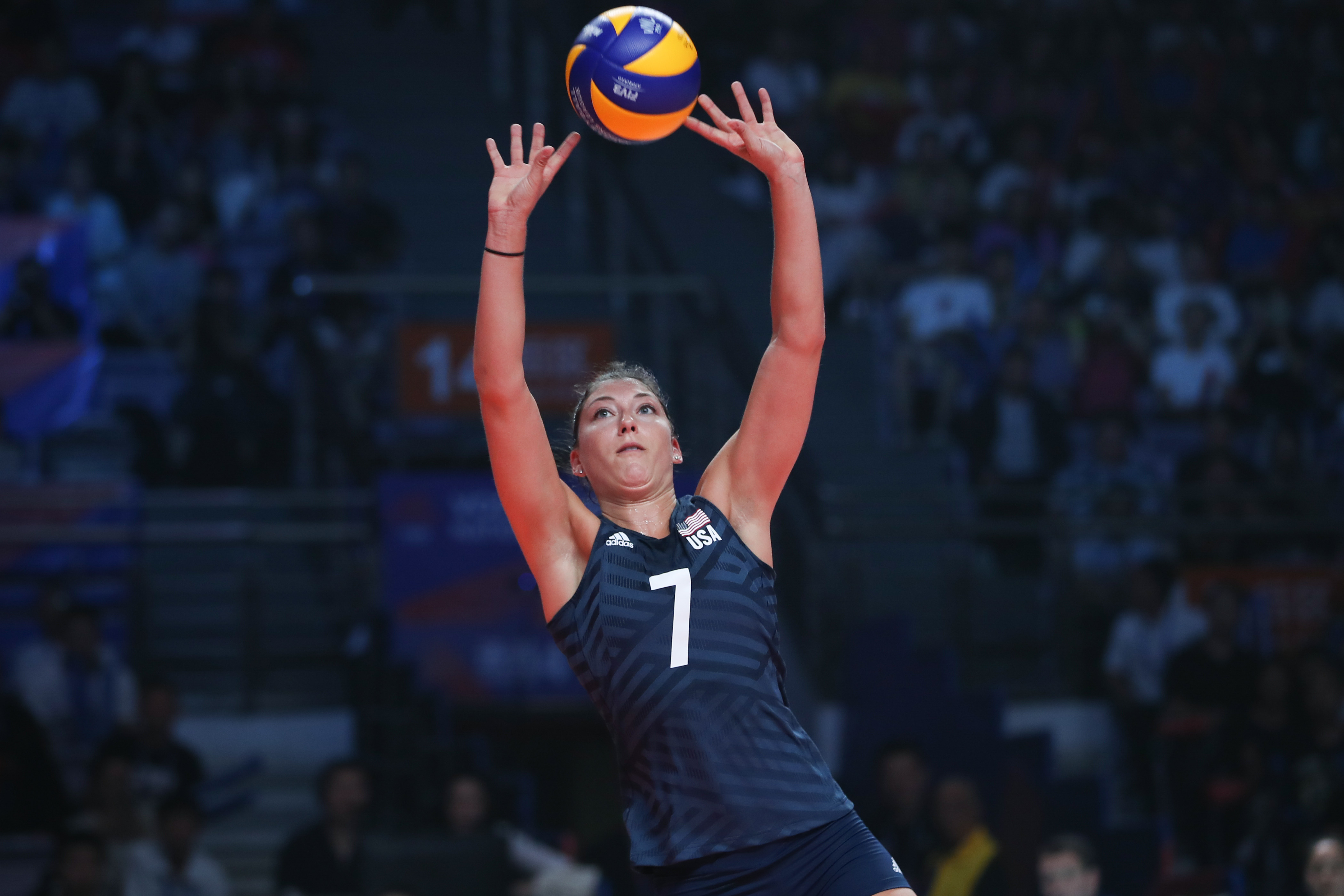